Due to the cell-based assays demands on synthetic peptides are increasing.

The present paper describes higher efficient systems for library construction and characterization to save energy in research of peptide-libraries.

・Previously we have developed personal synthesizers with simultaneous multiple mode (PetiSyzer®) and disposable reactors, RT3, RT5 and RT20 (3, 5 and 20 mL, respectively). RT20 has been often used as columns for separation.

・The PSP5200 has a larger attachment on a shaking device having 5 x 2 positions. 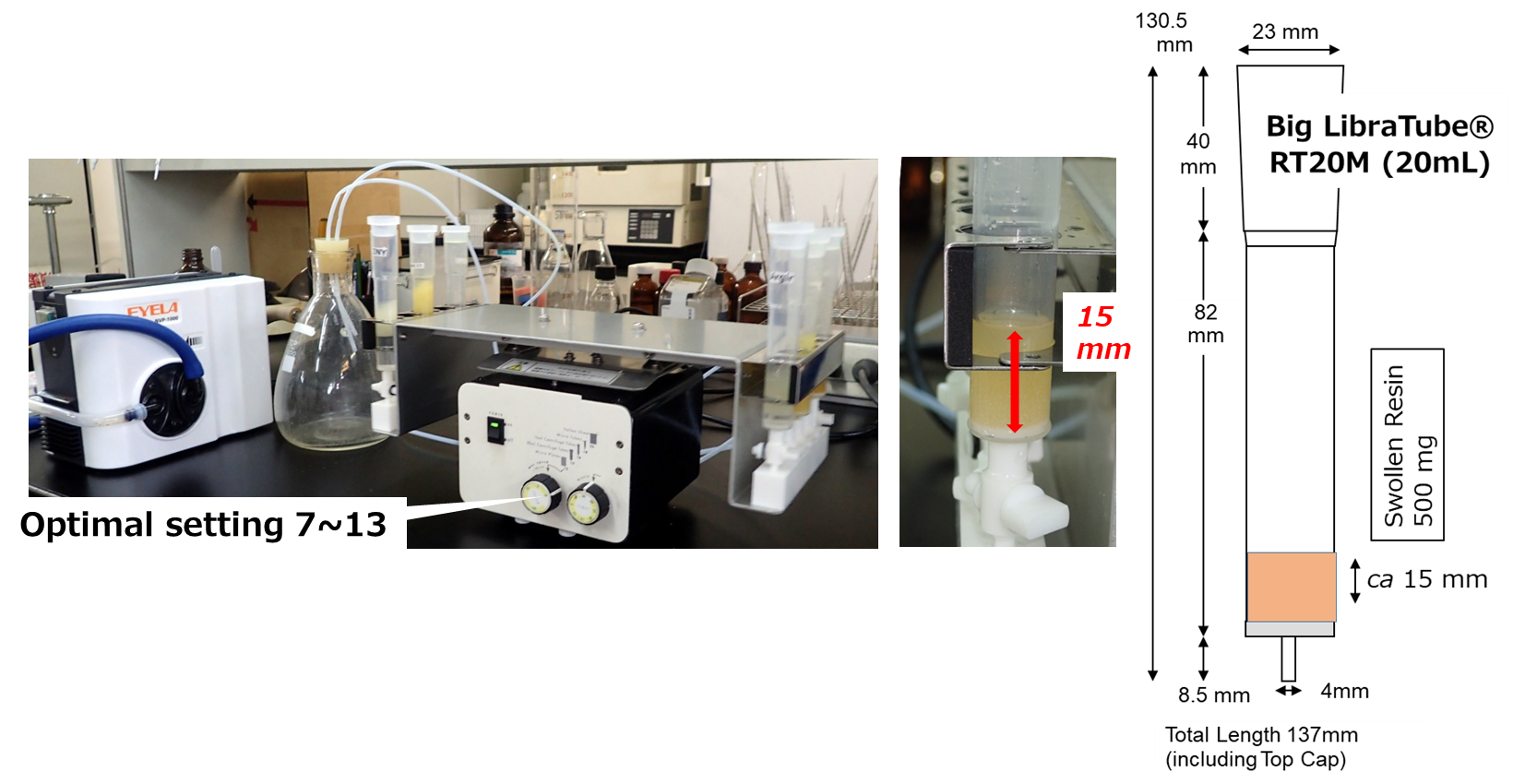 ・The mixing principle is an oval-rotation, more rotational moment was required for complete mixing. Mixing efficiency is important, the shaking speed and total reaction volume have been adjusted through observation, hence mixing with larger volume was ineffective.

・Generally, reaction time was a little bit longer than that of smaller reactors, although the consumption of solvent was ca 30 mL for one coupling (including washing after coupling and deprotection), hence mixing with larger volume was ineffective.

・After cleavage the purity of synthetic peptides was >90% and could be used without purification for further applications. 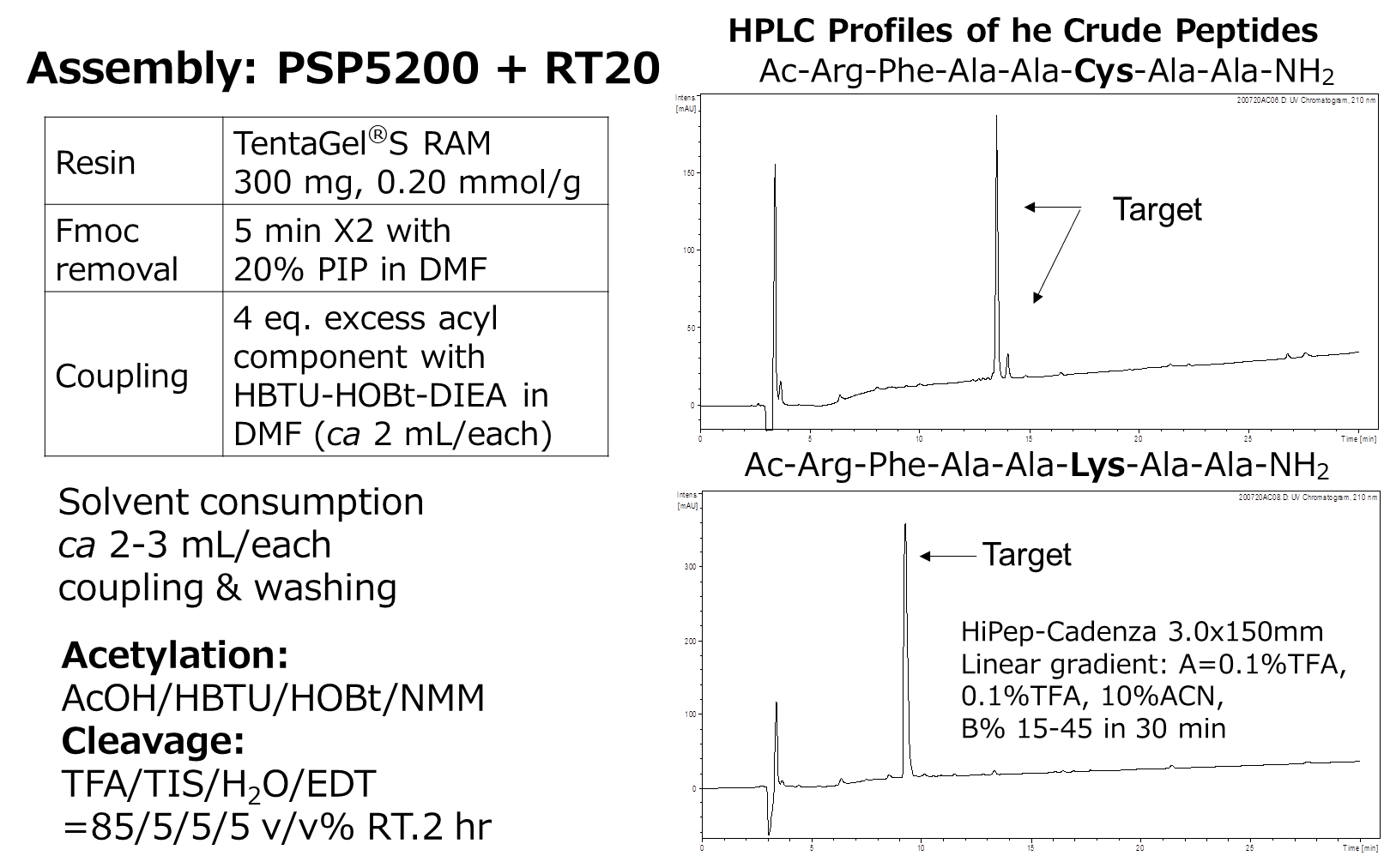 The peptidyl-resin generated from TentaGel® without linker in RT20 can also be used directly as an affinity column after cleavage (Fig right) for this application high quality peptides on resin is particularly important since the peptide immobilized on resin cannot purify by HPLC.

Lecture and presentation of history in 2013

The first practical application for PepTenChip®